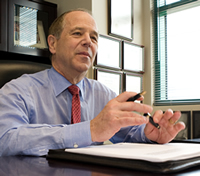 One unique capability of the Rippe Lifestyle Institute is our ability to effectively deliver complex medical and health messages utilizing a variety of media through our Rippe Multimedia division. Clients for Rippe Multimedia have included research sponsors at Rippe Lifestyle Institute as well as a variety of other prestigious pharmaceutical companies, packaged goods companies and fitness product manufacturers. 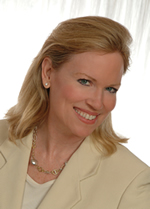 Rippe Multimedia is directed by Stephanie Hart Rippe. Ms. Rippe is an Emmy award-winning broadcast journalist with over 20 years of on-air media experience in television and radio news. She has reported and anchored for ABC, CBS and NBC affiliate television stations as well as network news including CNN and Fox News. She has also been an Arbitron-winning radio News Director for both AM and FM stations. Prior to joining Rippe Health as the Director of Rippe Multimedia, she served for almost ten years as the primary female news anchor for Boston’s NECN (New England Cable News), the largest regional all-news station in the United States. Ms. Rippe has taught television technique to a variety of professional groups including business executives and health care professionals. Today, she oversees a variety of media projects at Rippe Health and works with multimedia formats including internet and web-based mass communications, broadcast, audio, digital and wireless services. She is the Executive Producer for Dr. Rippe and trains all on-air staff.

Dr. James M. Rippe, the Founder and Director of the Rippe Lifestyle Institute, also has extensive background in a wide variety of media. In addition to his academic publishing, Dr. Rippe has written 15 books for the public. He served for three years (1994-1997) as the medical editor and on-air talent for the Television Food Network in New York City. He has served as a consultant in health and fitness for Good Morning America and has made numerous appearances on a variety of network and cable shows including the Today Show, Good Morning America, CBS Early Show and CBS Morning and Evening News, CNN and MSNBC. Dr. Rippe also has hosted a variety of video projects and narrated a variety of audiotapes. He is a senior advisor to WebMD.

The RLI team has played an active role in developing and managing websites for various organizations.  Included are the following:

ConAgra Foods Science Institute - The RLI team has played multiple roles within this website. More information may be obtained by visiting the website.

In addition to the website already indicated, Dr. Rippe played a featured role on the re-launch of the WebMD website.  Dr. Rippe serves as a medical advisor to WebMD. Videos of Dr. Rippe’s work on the WebMD website may be found by visiting the following links:

Living to a Ripe Old Age

What Works for Weight Loss

What Women Can Do for Their Health

How to Lower Your Risk of Diabetes

Too Stressed to Work Out?

Do You Hate to Work Out?

Are You Too Busy to Exercise?